Are you sure you want to reset the form?

Your mail has been sent successfully

Are you sure you want to remove the alert?

Your session is about to expire! You will be logged out in

We have been saddened to hear of the passing of two iconic figures in the world of fashion - French designer and ‘prophet of futurism’, Thierry Mugler; and the American journalist, stylist, and former editor-at-large of US Vogue, André Leon Talley. 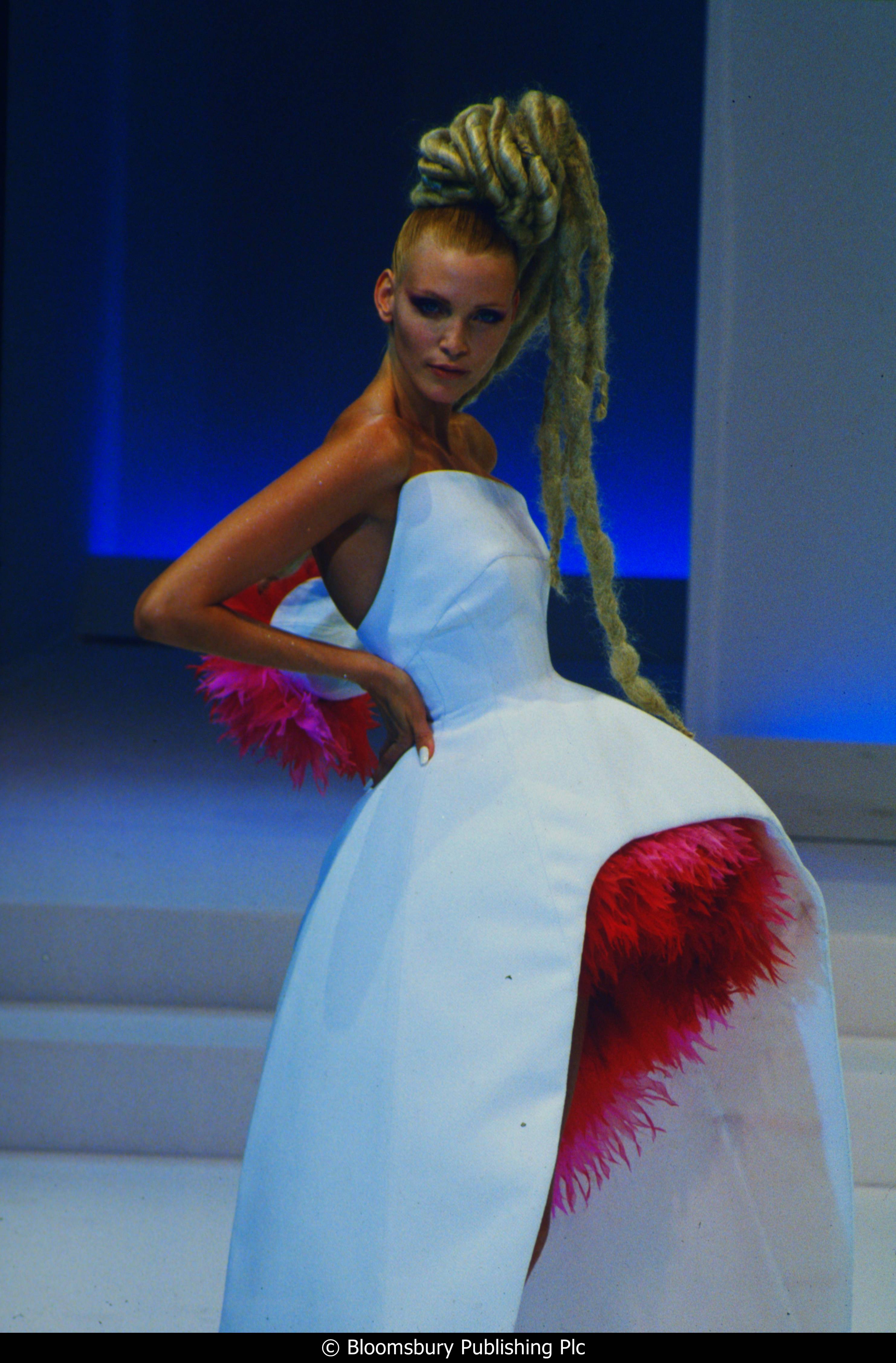 The founding of Thierry Mugler’s eponymous fashion house in 1974, now known simply as ‘Mugler’, followed a year after his first collection under the label ‘Café de Paris’. A hugely successful brand, it has come to comprise ready-to-wear fashion for men and women, cosmetics, and fragrances.

His garments exuded high drama in both their striking structural forms and their theatrical, feature-length presentation on the catwalk.

The design trademarks of his ‘larger than life’ style included triangular silhouettes with strong shoulders, sci-fi influences, and a fetishistic twist imbuing many of his lines. In a visually powerful combination of eighties power-dressing with forties Hollywood glamour, his tailoring interpreted an exaggerated, fantastical femininity that brought both praise and criticism.

The personality of his garments attracted celebrity clients - such as Beyoncé, Madonna, Lady Gaga, David Bowie, George Michael, and Kim Kardashian - with whom he worked to create costumes for performances and outfits for music videos or even the Met Gala.

“The body is beautiful. But the minute that you put on clothes, this is an act of civilization. So I don’t believe in natural fashion … Let’s go for it! The corset. The push-up bra. Everything!”
– Thierry Mugler, 1994 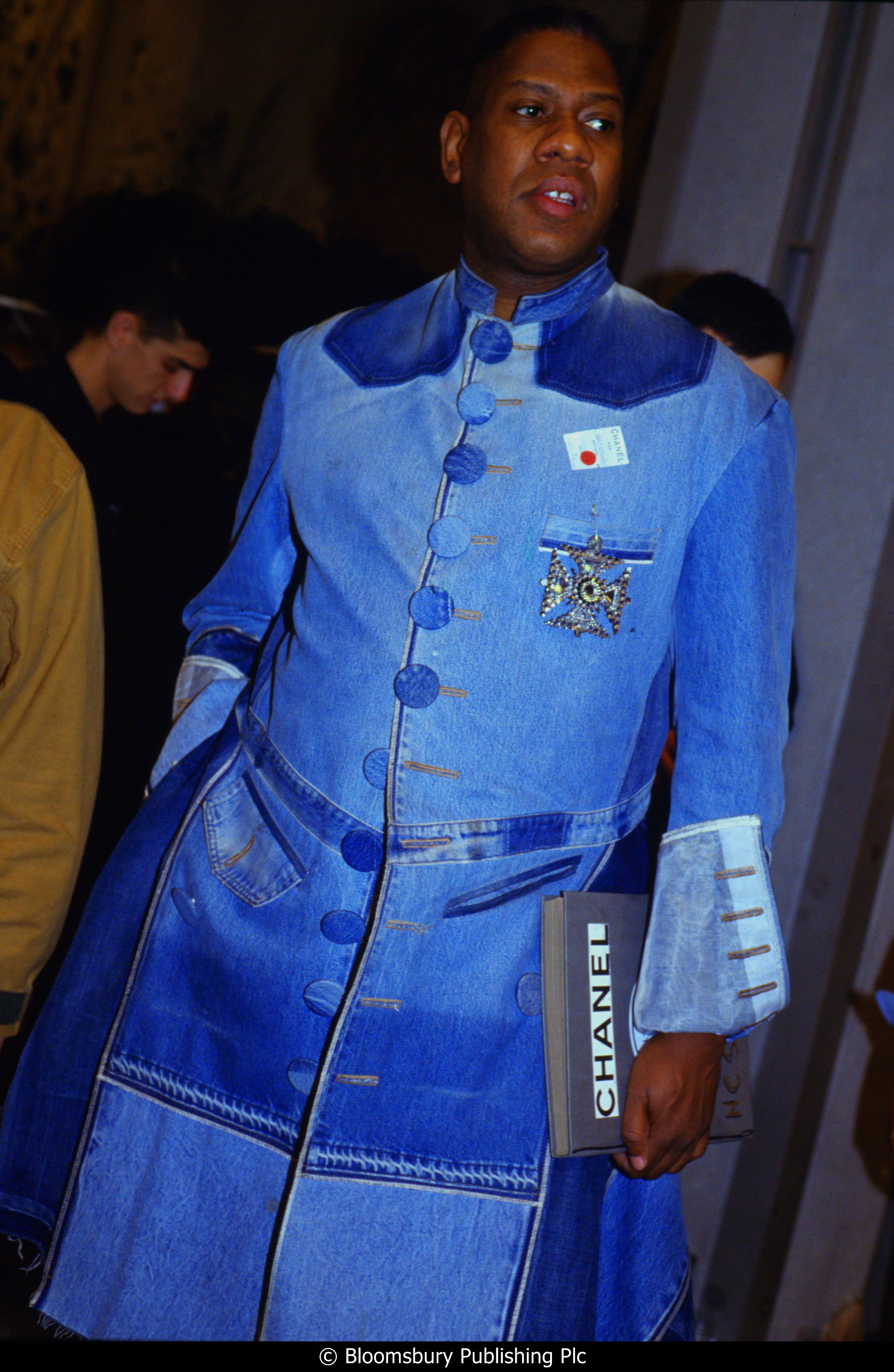 Such was the influence of André Leon Talley in making his presence felt on the front row across international fashion shows, that the title ‘editor-at-large’ was created for him at Vogue.

His lifelong interest in fashion began at a young age, having grown up around his grandmother’s sharp sense of style. He progressed from an internship at the Metropolitan Museum of Art’s Costume Institute, to Andy Warhol’s Interview magazine, Women’s Wear Daily, and finally to his thirty years at Vogue.

He embedded himself in the global fashion and art scenes - championing people of colour in fashion media, design, and on the runway itself, as he went. Described by Variety as ‘‘high fashion world's first major African-American tastemaker’’, he had a bold, idiosyncratic style that evolved over his many decades in the fashion world, wearing pieces such as robes, capes, and kaftans inspired by North African garments.

His extravagant ensembles were often created for him by his famous designer friends such as Tom Ford, or John Galliano - whose career he helped to revive. Equally, his own knowledge of fashion history and styling earned him accolades such as the Ordre des Arts et des Lettres and roles such as fashion advisor to the Obama family.

“I love people - it is not the fashion, it is the people in fashion, I love.”
– André Leon Talley

You can read more about Thierry Mugler and André Leon Talley in the links below, which we have opened to celebrate their lives and work: